Never Forget! Hitler Was a Catholic! | Pope Calls Hitler The Saviour of Germany

“We tolerate no one in our ranks who attacks the ideas of Christianity… in fact our movement is Christian.” — Adolf Hitler, in a speech in Passau, 27 October 1928

“Hitler was Christian We Tolerate no one in our Ranks who Attacks the Idea of Christianity~ Adolf  Hitler .
By Fighting off the Jews I am Doing the Lords Work. Hitler being Called the Savior of Germany by the Catholic Pope
My feeling as a Christian leads me to be a fighter for my Lord and Saviour.
It leads me to the man who, at one time lonely and with only a few followers, recognised the Jews for what they were, and called on men to fight against them…As a Christian, I owe something to my people
I Regard Christianity the Basis of Morality the Basis of National life and a New World Order.
Adolf Hitler God gave the savior to the German people.
We have faith, deep and unshakeable faith, that he [Hitler] was sent to us by God to save Germany.”  –Hermann Goering,  The Göring Wedding Only Christians perform Christian weddings, and the Nazis were no exception. Hermann Göring married Emmy Sonnemann, a famous Opera star.
Adolf Hitler stands in the front row as “Best Man” during the ceremony in the Cathedral by Reichbishop Müller.
Hitler Oath: I swear by God, this holy oath, to the Führer of the German Reich and people. Adolf Hitler…  Gott Mit Uns (God With Us) “ 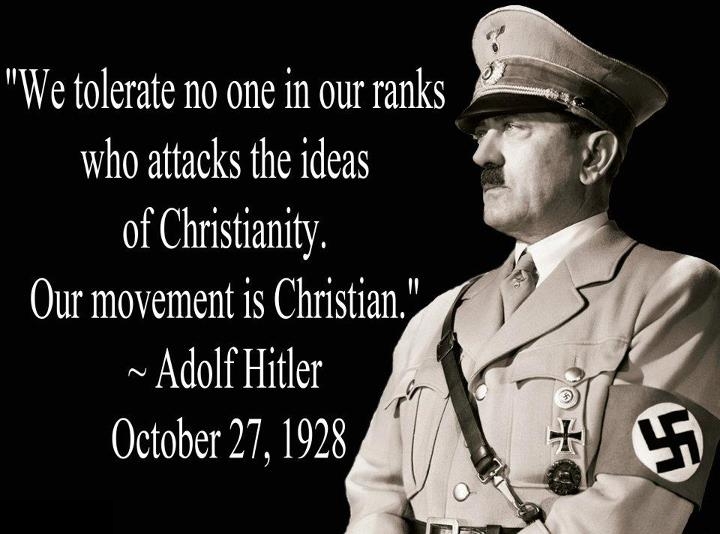