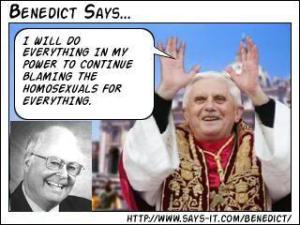 Boz Tchividjian rattled the evangelical world in 2013, when he declared that the problem of child sex abuse in evangelicalism is “worse” than the problem in the Roman Catholic Church. The grandson of Billy Graham, a former child sex crimes prosecutor for the state of Florida, and now a law professor at Liberty University, Tchividjian has both the public profile to hold an audience, and the professional experience to back up his assertions.Tchividjian is not the only prominent evangelical speaking out. “Catholic and Baptist leaders have more similarities than differences on the child-abuse front,” wrote Robert Parnham, executive director of the Baptist Center for Ethics. “Both have harmed church members and the Christian witness by not swiftly addressing predatory clergy and designing reliable protective systems.”

The Southern Baptist Convention (SBC), which currently claims 15.9 million members in 46,000 churches in the U.S., has acknowledged the problem of child sex abuse within member churches. Still, too many Baptist leaders–like their Catholic counterparts–have responded to the problem with denials, inattention, and cover-ups. Indeed, Rev. Peter Lumpkins of Georgia called for the SBC’s governing body to adopt “a zero-tolerance policy toward the sexual abuse of children in churches,” but now thinks church officials are ignoring his 2013 resolution.

As just one example, the Ethics and Religious Liberty Commission (ERLC), SBC’s public policy arm, is holding an April “summit” in Nashville on “The Gospel and Human Sexuality.” Yet the program fails to include anything about child sex abuse. “From broken marriages to pornography to homosexuality, sexual confusion and sexual brokenness has ravaged our culture and can deteriorate the integrity of our churches,” the published program declares.  It assures prospective conferees that they can “discover” how their “church and local congregations can be a beacon of hope, clarity, and restoration as the gospel is brought to bear on human sexuality.”

Adding insult to injury, Rev. Greg Belser, a man who epitomizes the problem in the SBC, is not only a member of the ERLC’s “leadership council,” but also a panelist at the sex summit.  The Senior Pastor at Morrison Heights Baptist Church in Clinton, Mississippi, Belser also happens to be at the center of a major, ongoing clergy sex abuse scandal.  In other words, the ERLC–the SBC body with delegated responsibility for addressing sex abuse within churches–features as a leader someone who himself is deeply entangled in a cover-up of abuse.

Christa Brown, a leading advocate for reform in the SBC, contemplated the wider issue last year by drawing upon a quote attributed to Dr. Martin Luther King Jr.: “True evil lies not in the depraved act of the one, but in the silence of the many.” Indeed, the “silence of the many” helped facilitate the criminal career of John Langworthy, a youth music minister at Belser’s Morrison Heights church and a serial child molester. When allegations surfaced that Langworthy may have molested at least one boy, leaders at Prestonwood Baptist Church in Texas (one of the largest in the SBC), including the Senior Pastor (and future SBC President) Jack Graham, took the allegations seriously enough to fire Langworthy in 1989. Yet they did not report him to the police, although state law at the time required it.

Amy Smith, an advocate with SNAP (Survivors Network of those Abused by Priests), tried for more than two years to alert Morrison Heights Baptist Church leaders and Mississippi officials about Langworthy before Morrison Heights (the church where Langworthy had worked for two decades) finally conducted an internal investigation in 2011. Belser initially decided to keep Langworthy on staff but later allowed him to resign and to make a highly limited confession to the congregation about his “sexual indiscretions with younger males” in Texas–acts Langworthy described as “ungodly.” After Langworthy’s statement, Belser claimed that church officials had made “a biblical response” in the matter.

After Langworthy’s confession surfaced online, police launched an investigation.  As the Associated Baptist Press reported, “Six men came forward claiming they were sexually abused by Langworthy as children in the early 1980s.”  But Morrison Heights refused to turn over the findings of their internal investigation to police or prosecutors, apparently following the legal advice of Phillip Gunn, a Morrison Heights elder and a state representative.

Langworthy went on to plead guilty to five felonies committed against boys at two Mississippi Baptist churches prior to his time at Prestonwood and Morrison Heights. Thanks to a plea deal, he did no time. Meanwhile, Gunn was elected Speaker of the Mississippi House of Representatives in 2012 (the first Republican since Reconstruction) and was also elected Trustee of Southern Baptist Theological Seminary. Graham, who served two terms as President of the SBC in 2003 and 2004, remains the Senior Pastor at Prestonwood and is fending off questions about his role in the Langworthy affair. Belser remains Senior Pastor at Morrison Heights.

Christa Brown, writing at StopBaptistPredators, suggests that SBC leaders have not created mechanisms for disciplining those who “cover-up for the unspeakable crimes of their colleagues,” either because they are afraid or because they just don’t care. She also observes that there is no denominational process for assessing clergy abuse reports, keeping records of ministerial abuses, or providing a way to inform congregations about accused ministers.

“One of the best ways to protect children in the future,” Brown concludes, “is to hear the voices of those who are attempting to tell about abuse in the past. Those voices almost always carry ugly, hard truths – truths about not only the preacher-predators but also about the many others who turned a blind eye or who were complicit in covering up for clergy child molestations.”

The “silence of the many” certainly includes those who, while claiming to uphold “family values,” remain unusually quiet in the face of crimes against children.  Even more egregious is that such abuse is occurring in the care of the churches they claim best represent these values. The story of this silence may well be the one for which they are most remembered.