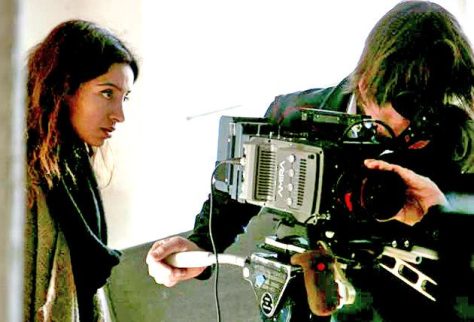 A new film by Deeyah Khan, above – Islam’s Non-Believers –  follows the Council of Ex-Muslims of Britain, which supports ex-Muslims, often referred to as apostates or unbelievers, both in the UK and abroad.

The documentary – which can be seen here – provides an important insight into the hidden plight of young people in Britain, many of whom are leading double lives – pretending to still be Muslims including by wearing the veil or attending mosque – in order to avoid ostracisation, abuse and even violence.

Depression, self-harm, and suicide are some of the effects.

According to Sadia, one of the ex-Muslims featured in the film said:

I remember saying to my mum, ‘I don’t think I believe in God anymore,’ And her saying, ‘You can’t tell anybody else because they’ll kill you, we are obliged to kill ex-Muslims,’ and that it would put me at extreme risk if anybody else was to find out, so that conversation ended there.

Given the stigma and risks, it’s hard to know how many ex-Muslims there are in Britain, and internationally, but it’s a growing phenomenon.

The Internet is doing to Islam what the printing press did in the past to Christianity. Social media has not only given countless young people access to “forbidden” ideas and allowed them a space to express themselves where none existed – but it has also helped them find each other, share their stories and see that they are not alone.

This has brought with it courage and hope for the right to live as they choose. It’s become a global resistance movement.

There are literally millions of us – in every home and “Muslim” family, on every street corner, in every city, town and village across Britain and the globe.

Atheism is ‘breaking like a tsunami’, says a worried official of the Islamic regime of Iran.

The “threat” of atheism explains why the Saudi government has equated atheism with terrorism and Egypt’s youth ministry has joined with the highest Sunni authority, Al-Azhar, to combat “extremism and atheism”.

Atheism is punishable with the death penalty in 13 countries and a prosecutable offence in many more, including via fines, imprisonment, flogging, and exclusion from civil rights, such as losing child custody.

And it is not just “over there” that apostates face persecution but right here in Britain with Imams and respected mainstream “community leaders” legitimising discrimination and/or inciting violence.

In the film, Omer El-Hamdoon, President of the Muslim Association of Britain, justifies ostracisation by saying that Islam’s non-believers are “outside the human norms”:

How we treat people is the same; we don’t discriminate but our love cannot be the same, it’s just human behaviour. Islam is a pragmatic religion, it doesn’t expect people to behave outside the human norms.

[When asked on his position with regards the death penalty for apostasy in an ideal Islamic state, he refused to respond in usual double-speak.]

Shah Sadruddin, another “community leader”, is shown calling for the death of a Bangladeshi atheist blogger:

This son of a bastard is challenging us.

O Bangla’s Scholars, O Bangla’s Muslims, wake up! No son of a bastard will remain alive after swearing at my Prophet!

Sadruddin is a teacher/rector at an Islamic academy and madrasah and ran as a Conservative councillor and lost. In a clip for the Conservatives, he says: 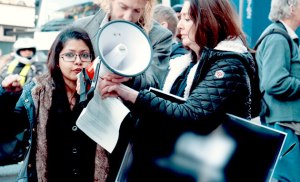 Rayhana Sultan, above left, a young ex-Muslim from Bangladesh, says this form of hate speech can further intimidate ex-Muslims, forcing them back into the closet:

These kind of lectures create an environment that subconsciously teaches devout Muslims to see ex-Muslims or anyone who thinks out of the box as a threat, further ostracising them, de-humanising them, bullying them, so it further creates so much dangers for people to come out as an ex-Muslim.

Whilst apostasy is not criminalised here in Britain, many imams and self-appointed “community leaders” have created a climate where vilification and incitement to violence are permissible, particularly since there is no political will to recognise it as incitement.

Add to this, links to the transnational Islamist movement, British government appeasement of the Islamist movement, multiculturalism as a social policy which homogenises the “Muslim community” and fails to recognise dissent as well as accusations of “Islamophobia” to silence critics and you have a situation where young people born and raised in this country have neither the right nor the choice to think or live as they want.

Identity politics is literally killing us.

Deeyah Khan’s film is often hard to watch – parts of it are heart-breaking – but it also inspires and brings hope by highlighting those challenging apostasy laws and stigma and calling for equality – much like the gay liberation movement has done in decades past.

Clearly, the ex-Muslim movement deserves the support and solidarity of all those more interested in defending human rights and lives rather than religion and the religious-Right.

Sign a petition calling for an end to apostasy laws.

For more information, visit the website of the Council of Ex-Muslims of Britain.

Editor’s note: Islam’s Non-Believers was broadcast by ITV on October 13. In an analysis of the documentary, Luqmaan Al Hakeem wrote:

I came to realise that the majority of their reasons for leaving the faith were emotional and cultural as opposed to being intellectual reasons.

PAYPAL :- we value your ongoing support and generous donations that assist the production of this site.